“This is the vision that we had almost two years ago when we had the last conference in Sydney. We thought ‘what are the lessons we’ve learnt?’ We had lessons learnt from last time in Sydney even though that was a fantastic event,” he said.

“The vision for this conference was why not make it a bit of an expo and get some proper tunnelling equipment in the venue? We’ve got a great venue (Melbourne Convention and Exhibition Centre) and we thought we’d like some equipment people can wander around.

“I walked in on the first day of the conference and I was gobsmacked because I came face-to-face with plant equipment and drilling machines.”

Estimates of around 500 people were part of the conference and while the attendance of international tunnellers was off the cards, involvement from the New Zealand Tunnelling Society was always a necessity. 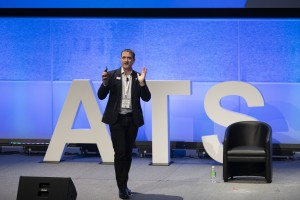 “We were very pleased to have representation from all the states despite worries around travel restrictions,” Mr Buckingham said.

“What worked well was the New Zealand link, we wanted to make sure New Zealand were involved because it’s the Australasian Tunnelling Conference and the fact we were able to set up a link was well-received.”

For many attendees, it was their first face-to-face conference for more than a year and the constant chatter around the coffee station and between sessions was evidence of this.

“A lot of people are out of practice in conferences and because they want to be catching up with people time keeping is so important,” Mr Buckingham said.

“We’ve had chairs of sessions chatting away forgetting they should be chairing a session so it’s running around chasing people. Everyone’s wanting to catch up with people and forgetting how conferences are run,” he added with a smile.

From chairs of sessions, to stall holders and event goers, there was no doubt everyone relished coming together to network. Also well-received as a networking event was the Women in Tunnelling breakfast. 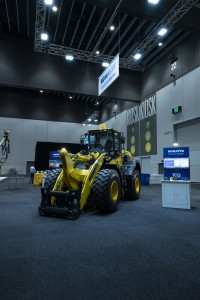 The exhibition space in Melbourne.

Tony Peach was also acknowledged with the Allen Neyland Tunnelling Achievement Award, recognising his long-term service to the tunnelling industry.

The Young Members event on the opening night of the conference was also well attended, as was the pre-conference workshop at the Victorian Tunnelling Centre.

Along with the tour of the outstanding facilities at Holmesglen in Chadstone, Mr Buckingham said keynote speeches from experts were highlights of the conference.

“The morning keynotes were really good,” he said.

“The Melbourne Metro talk with the drone footage around tunnels blew people away. I think that’s a new dynamic and we have an ability to show that to the tunnelling community and ultimately the public about the work being done which really elevates what we’re doing.

“There were a lot of amazed people about the work being done in the country under their feet.”