In shallow tunnels with predominantly vertical variation in geology, vertical drilling is generally the most effective approach. However, when either the proposed alignment is deep, the surface inaccessible, or where the geology changes rapidly through the tunnel alignment, there are good reasons to consider directional drilling in the alignment of the tunnel.

This presentation will examine the suitable directional drilling options available for tunnel site investigations. It will also examine the different drilling methods, borehole survey systems and testing that may be conducted within the hole for lithology, ground fluid and geomechanical parameters. The use of open hole drilling coupled with suitable borehole geophysics will be compared with core drilling. The issues of drill string mechanics and drilling hydraulics will be considered. The latter is frequently the limitation in shallower boreholes.

Speaker, Ian Gray will comment on the cost and risk of directional drilling vs. traditional boreholes, as this usually governs which investigation techniques should be used. 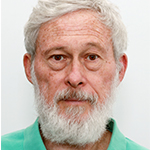 Ian started work as a civil engineer in New Zealand in 1977 and then came to the UNSW in Australia in 1978 to study for a Master’s in hydrogeology and engineering geology. From 1979 to 1982 he worked for Australian Coal Industry Research Laboratories based on mine sites in Queensland, during which time he worked on outbursts, gas drainage and rock mechanics. He completed his PhD while working in this role. He then worked as a geotechnical engineer for the Hong Kong Government on slope stability, foundations, groundwater and tunnelling until the end of 1988 when he returned to Australia.

His initial job when back in Australia was to supervise the installation of the first gas drainage system at Central Colliery and then went on to work as Senior Geotechnical Engineer with D J Douglas and Partners. In 1990 he became Principal Engineer, Mining Research, with the Safety In Mines Testing and Research Station of the Department of Resource Industries of the Queensland Government. In this role he worked on frictional ignitions, mine explosions, windblasts, gas drainage and directional drilling including the first surface to in-seam operation in the country in 1991.

In 1994 he started Sigra. Since then the company has grown under his guidance to span mining, gas and civil geotechnical work. Sigra provides services, solutions and products. The work it has undertaken includes gas exploration, mine design and hydroelectric power investigation spanning such diverse locations as Arctic Russia to Patagonia.

Sigra’s products include its own instrumentation including stress measurement tools, drill stem test tools and drilling equipment. On the heavier equipment side it manufactures well control systems and packers. It has its own gas and geomechanics laboratories.

Ian has some 86 publications on such diverse topics as reservoir engineering to piling. He also has multiple patents covering such varied items as mining systems to cyclonic separators.