The Australiasian Tunnelling Conference 2020+1 officially began this morning at the Melbourne Convention and Exhibition Centre.

Following a Welcome to Country led by Wurundjeri Woi Wurrung Elder Ringo Terrick, keynote speakers took the stage to share current major tunnelling projects, as well as provide a vision for the future.

Conference chairperson Rob Muley touched on the conference’s vision of innovation when addressing the room.

“We need to continue to develop, grow, innovate, adapt and pivot,” he said. 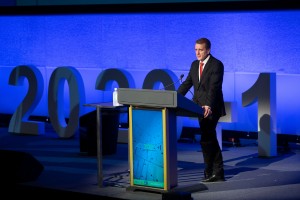 “We need to consider how to make projects more efficient, most importantly safer and deliver better outcomes for our communities.”

With the Australian Tunnelling Society celebrating 50 years next year Mr Muley also said it provided a time to both reflect and look ahead.

Conference attendees were taken through some of the key projects underway in the conference’s host state via Minister for Transport and Infrastructure Jacinta Allan.

She spoke of the twin nine kilometre tunnels for the Melbourne Metro Tunnel project nearing completion, as well as major projects including the Suburban Rail Link and North East Link.

Ms Allan said upping the workforce to ensure skilled workers are available for these large projects is crucial.

“To continue to invest in projects that transform how people move around, we need the right people to deliver this infrastructure program,” she said.

With the call for 10 per cent of the tunnelling workforce made up of trainees and apprentice engineers, Ms Allan said the newly opened Australian Tunnelling Centre has the goal of providing training to 5,000 workers a year. 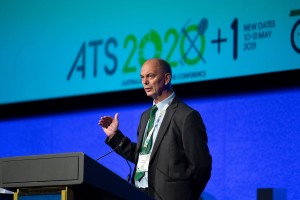 ATS president Harry Asche provided a snapshot of the organisation’s work and revealed what each state’s division would be working on as they continue to follow the ATS’s overall mission statement of providing the best value to members.

With projects being planned well into the future, the John Holland Group’s executive general manager of major projects, tunnelling and MEC, Mark Davies, said an important factor in having the right personnel will be through diversity and inclusion.

Having delivered 21 projects and tunnelled more than 10,000 metres with TBMs last year, Davies said he was hoping the next 50 years of tunnelling will bring greater flexibility and collaboration to follow the change in transport methods.