A well-attended Women in Tunnelling breakfast marked the beginning of day two of the Australasian Tunnelling Conference.

The breakfast complemented the Australian Tunnelling Society’s implementation of a Women in Tunnelling Outstanding Achievement Award, to be announced at tonight’s gala dinner.

ATS also has a Women in Tunnelling committee headed by Nadine Makin who said the external perception of tunnelling is not the case internally. 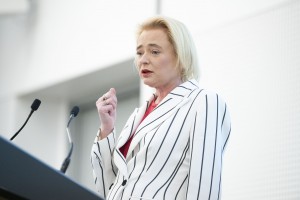 “We understand there is a sense tunnelling is rough and dirty and not for women, but those in the industry know that is not correct. Plenty of women are doing great things in the industry,” she said.

“Early in my career it was a bit daunting as I was the only female in the tunnel, but I never thought that was a problem,” she said. 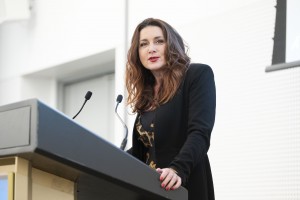 Another speaker who shared her experience was Susana Fueyo, the executive director of the North South Corridor in Adelaide.

Ms Fueyo spoke of the challenges in recruiting the right people for this role, but said recruiting well-rounded individuals with peripheral vision is key in ensuring success and this has resulted in her employing several females as part of her team.